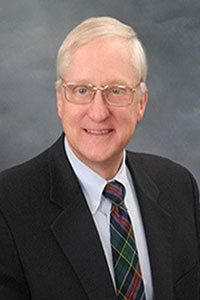 Current Role at QuesTek
Gregory B. Olson, Sc.D. is a co-founder of QuesTek Innovations LLC and an internationally-recognized leader and pioneer in the field of computational materials design. As QuesTek’s Chief Science Officer with over forty years of research and consulting experience in the area of materials science and engineering, he oversees QuesTek’s application of the systems-based Materials by Design® approach, which he developed, for all alloy modeling and design projects, and the vision of expanding computational materials design into new markets. In 2012, Dr. Olson was inducted into the American Academy of Arts and Sciences, cited as the “father of materials design” for pioneering the field of computational design of materials as dynamic multiscale systems.

Background and Specialization
Dr. Olson recently joined Massachusetts Institute of Technology as the Thermo-Calc Professor of the Practice in January 2020. Prior to this, he had been the Walter P. Murphy Professor of Materials Science and Engineering at Northwestern University where he was a member of the faculty from 1988-2019. Throughout his tenure at Northwestern, he served as a member of the University’s Materials Research Center (MRC), a co-Director of the University’s Materials Technology Laboratory, and the Director of the MRC’s Steel Research Group (SRG), a multi-institutional, interdisciplinary, industry-supported research program that focuses on applying scientific principles to design new classes of high performance ultra-high strength steels. He is also the co-director of the Center for Hierarchical Materials Design (CHiMaD), a NIST-sponsored center of excellence for advanced materials research with a broad consortium of partners including the University of Chicago (UC), Argonne National Laboratory (ANL), and QuesTek Innovations.

Honors, Awards and Patents
He is the recipient of numerous awards, including:Professional Associations
He is active in numerous industry, technical and professional associations, including:Publications and Presentations
He is the author of two books, a contributor to more than 10 books, and the author of more than 300 publications which have appeared in leading industry journals. He is an inventor on over a dozen granted patents and multiple active patent applications. 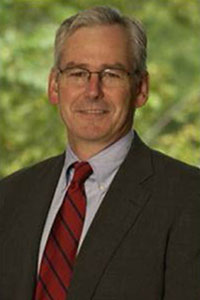 William T. (Bill) Mahoney is CEO of WTM Development LLC. Bill was formerly the CEO of the South Carolina Research Authority (SCRA) where he held this post from August 2005 to March 2016. Under his leadership, SCRA annual revenues from its applied research and commercialization services operations grew from USD 74M to over USD 455M. In 2008, Bill was named by Tech Journal South magazine as one of the top 25 technology leaders in the southeastern United States. He is a Harvard graduate and previously served as an advisor to QuesTek Innovations as a member of its Growth Strategy Task Group. 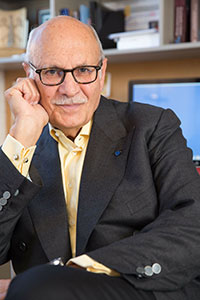 Diran Apelian is Distinguished Professor of Materials Science and Engineering at the University of California, Irvine, Strategy officer for the Samueli School of Engineering, and Director of the Advanced Casting Research Center at UCI.  He is also Provost Emeritus and Founding Director of the Metal Processing Institute at WPI, Worcester, Mass.

He worked at Bethlehem Steel’s Homer Research Laboratories before joining Drexel University’s faculty in 1976. At Drexel he held various positions, including professor, head of the Department of Materials Engineering, associate dean of the College of Engineering and vice-provost of the University. He joined WPI in July 1990 as WPI’s Provost. In 1996 he returned to the faculty and led the activities of the Metal Processing Institute, which he founded. On July 2019, he joined the faculty of University of California, Irvine.

He is credited with pioneering work in various areas of solidification processing, metal processing, powder metallurgy and digital manufacturing. In addition, he has contributed to the establishment of research in resource recovery, reuse, and recycling. He is the Founding Editor of the Journal of Sustainable Metallurgy. Apelian is the recipient of many distinguished honors and awards – national and international; he has over 600 publications to his credit, and 21 patents; and serves on several technical, corporate and editorial boards. With his colleagues and students, he has founded 6 companies: Materials Strategies; Battery Resourcers; Melt Cognition; Kinetic Batteries, Solvus Ventures, and Solvus Global.

During 2008/2009, he served as President of TMS. He served as Chair of the ASM Educational Foundation Board of Trustees (2016-2018). Apelian is a Fellow of TMS, ASM, and APMI; he is a member of the National Academy of Engineering (NAE), National Academy of Inventors (NAI), the European Academy of Sciences, and the Armenian Academy of Sciences. The 2016 Bernard Gordon Prize for Innovation in Engineering Education was awarded to WPI (Recipients: D. Apelian, K. Wobbe, A. Heinricher and R. Vaz).  He was recognized as WPI Innovator of the Year in 2018, and as UCI’s Innovator of the year in 2020. 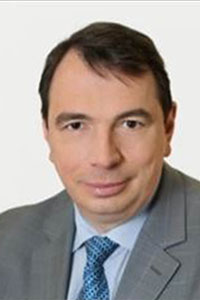 Dr. Dmitry Shashkov is the President and CEO of Exogenesis Corporation. The company develops and commercializes nano-scale surface modification and surface control technologies. Prior to joining Exogenesis Dmitry had several leadership roles in advanced materials, including serving as President and CEO of H.C. Stark Fabricated Products and various roles at Honeywell and McKinsey & Company. Dmitry received his Ph.D. in Materials Science and Engineering at Northwestern University in 1997. He has previous experience with QuesTek Innovations as a member of its Growth Strategy Task Group. 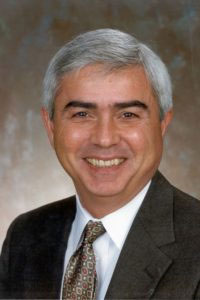 Career Background
Dr. Asphahani is the Chairman & CEO of QuesTek International LLC. Before joining QuesTek, he served as President & CEO of CARUS Chemical Co. (1995-2006), following 19 years (1975-1994) in the Specialty Metals Industry with HAYNES International/CABVAL, where he served as CABVAL President, HAYNES Vice President, Director of R&D, and Corrosion Engineer. He served on the Board of Directors of HAYNES, CABVAL, CARUS Corporation and Aluminum Rheinfelden AG.

Dr. Asphahani started in 1975 as a researcher/engineer focused on the development of corrosion-resistant nickel-based and cobalt-based alloys. He holds 8 patents and authored 75 technical papers. Two of his patents won the 1984 VAALER* Award and the 1991 R&D-100 Award.

*US-Patent # 4,533,414: HASTELLOY C-22 alloy has been extensively evaluated as the outer canister material to contain the nuclear waste for storage in the Yucca Mountain, Nevada. As a side note, this alloy was used in the restoration of the Statue of Liberty in the 1980’s (to ensure durability and resistance to corrosion, HASTELLOY C-22 flat-beams were used to support the seven spokes of Lady Liberty).

Dr. Asphahani is an active participant in the ASM Materials Camp initiative, engaged in getting students interested in science and engineering careers, as well as supporting school science teachers’ professional development and skill enhancement in communicating to their students about the exciting fields of Science and Engineering.

Dr. Asphahani served as Senior Advisor/Corrosion Curriculum Development at University of Akron and assisted in establishing the First “Corrosion Engineering” degree in the USA.

Dr. Asphahani is a member of ASM International, NACE and TMS. He was a member of the Electrochemical Society and the American Water Works Association. Dr. Asphahani served as NACE Director-1983, as ASM President -2001 and as ASM-Foundation Chairman-2004. He also served on the Board of Directors of the American Chemistry Council and the Board of Trustees of the Alpha-Sigma-Mu Honor Society.

Dr. Asphahani is presently serving on the Boards of QuesTek International, QuesTek Japan K.K., QuesTek Europe AB, the MIT-AAA and the Goldin Institute. He is also serving on the Strategic Advisory Councils of  H.C.Starck-USA, Gears-EU and the Advisory Councils of the Illinois Institute of Technology Aerospace & Materials Science department plus the University of California-Irvine Institute for Design & Manufacturing Innovations. 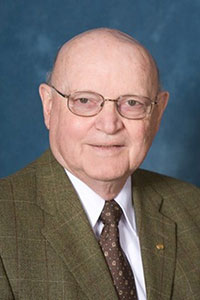 Dr. Raymond F. Decker is the co-founder and CTO of Thixomat/nanoMAG. He has specialized in Nickel-Based Superalloys for more than 50 years and is the co-inventor of Maraging Steels. He is an Adjunct Professor of Material Science and Engineering at the University of Michigan where he earned his Ph.D. Ray is a past President of ASM International and past Chair of its Foundation. His lates invention is BioMg 250, a bioabsorbable magnesium alloy implant to fix orthopaedic trauma. Another recent invention is TTMP Mg alloy, now in commercial use in DonJoy lightweight orthopadic knee braces. 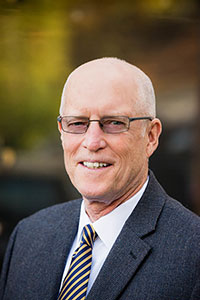 Career Background
Raymond P. Genellie, Jr. is a co-founder of QuesTek Innovations LLC.  He currently serves as Vice Chairman and Chief Legal Officer of QuesTek’s parent company, QuesTek International LLC. He has more than 35 years of experience in accounting, financial and management positions in both for-profit and not-for-profit business environments. His expertise centers around: contracting with the federal government; audit and business compliance with the government’s Defense Contract Audit Agency and other audit agencies; and financial and project management system design and implementation. Prior to co-founding QuesTek Innovations, he was the Business Manager at Northwestern University’s BIRL Industrial Research Laboratory, where he: assisted implementing new startup business opportunities from the University’s portfolio of intellectual property; supervised management of budgetary and financial systems; conducted contract negotiations; managed intellectual property portfolios; and provided program management activities. His earlier career experience includes being a Contract Specialist for Motorola Communications and Electronics, Inc., a Financial Auditor for the Gas Research Institute, and serving in the U.S. Navy for four years. He currently serves on the Boards of QuesTek International, QuesTek Europe AB and QuesTek Japan K.K.

Publications and Presentations
He has been an instructor of finance at Northern Illinois University in DeKalb, Illinois (teaching senior and graduate level finance classes in the Principles of Finance, Financial Investments and Investment Analysis), and also speaks about issues such as entrepreneurship and small business contracting with the U.S. government. 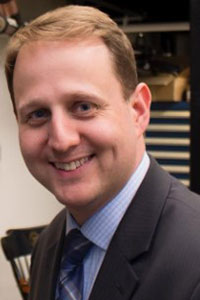 Christopher A. Schuh is the Danae and Vasilis Salapatas Professor of Metallurgy in the Department of Materials Science and Engineering at MIT.Schuh’s academic training in Materials Science and Engineering focused on metals, including their processing, microstructure, and mechanics. He earned his B.S. from the University of Illinois at Urbana-Champaign in 1997, and his Ph.D. from Northwestern University in 2001. He held the Ernest O. Lawrence postdoctoral fellowship at Lawrence Livermore National Laboratory 2001-2002, prior to joining the MIT faculty in 2002.

Prof. Schuh’s research is focused on structural metallurgy and seeks to control disorder in metallic microstructures for the purpose of optimizing mechanical properties; much of his work is on the design and control of grain boundary structure and chemistry. Prof. Schuh has published more than 250 papers and dozens of patents, and has received a variety of awards acknowledging his research accomplishments.

Prof. Schuh has co-founded a number of metallurgical companies. His first MIT spin-out company, Xtalic Corporation, commercialized a process from Schuh’s MIT laboratory to control the internal structure in metal electroplated coatings down to the nanometer scale, producing exceptional mechanical and functional properties. These nanocrystalline coatings have been deployed in applications ranging from machine components, to automotive parts, to electronics, and are in wide and growing usage around the globe. Prof. Schuh also cofounded Desktop Metal, a metal additive manufacturing company producing 3D metal printers that address markets ranging from prototyping, to shop-scale, to production scale.

In 2011 Prof. Schuh was appointed Head of the Department of Materials Science and Engineering at MIT, a position he filled until the end of 2019. During his tenure as Head the department saw a significant expansion of the faculty ranks, a major reconfiguration of their physical spaces at the heart of the MIT campus, and the roll-out of online materials science courses that have expanded the exposure of MIT’s Materials Science and Engineering program to learners from all over the globe. He also currently serves as the Coordinating Editor of the Acta Materialia family of journals, including Acta Materialia, Scripta Materialia, Acta Biomaterialia, and Materialia, the last of which he launched in 2018. Among his various awards and honors are his appointment as a MacVicar Fellow of MIT, acknowledging his contributions to engineering education, and his election as member of the National Academy of Inventors and the National Academy of Engineering.
Interested in learning more about QuesTek?
Contact Us Today!